Written by Sam
Updated over a week ago

Users can now import new styles from a docx. document into existing templates. This feature is useful if you would like to add new docx. styles to your template that were not found in the document when it was originally uploaded to Avvoka.

To access the styles importer, navigate to the edit screen of any template and click on the ‘Styles’ tab on the left side of the screen.

Active styles are styles that are available for use in the template editor’s toolbar and can be applied to the document text (including on .docx download).

Inactive styles are styles that have been imported from an uploaded docx (see below) but are not available in the template editor and cannot be applied to paragraphs.

Styles can be imported by selecting the ‘Import styles’ button at the bottom of the ‘Inactive styles’ column. This prompts the user to select a Word document containing the styles you would like to import into the template.

Once the document is selected and uploaded, the styles will appear under the ‘Inactive styles’ column. 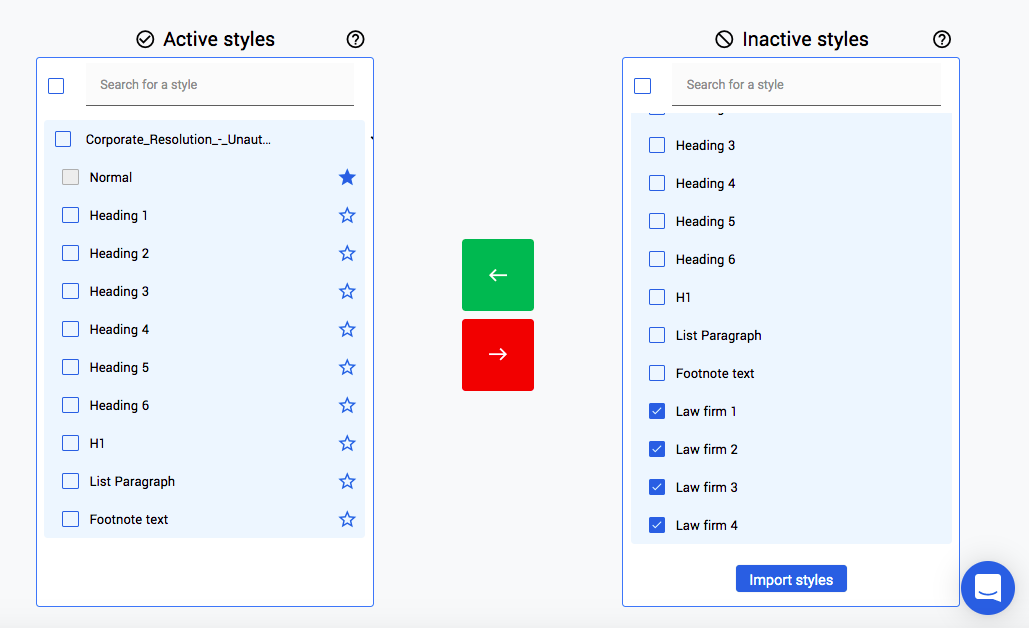 Styles can be moved between the ‘Active styles’ and ‘Inactive styles’ columns by simply selecting the tick-box next to the relevant styles and clicking the red or green arrow to move them across.

It is important to note that if an imported style has the exact same name as a style in the active styles list, then when this style is transferred into the active list, this will replace the active style and automatically move the existing style into the inactive list (e.g. Heading 1 and Heading 1).

Replacing styles in a template

In the editor, users can mass replace styles that are currently being used in the template. This could either be because you would like to replace an existing style with a newly imported style (e.g. Heading 1 replaced with Law firm 1) or it could be used to replace an existing style with another style that already existed (.e.g Heading 1 replaced with Heading 2).

In order to replace styles in the template text, navigate to the ‘Documents’ tab and then the ‘Styles’ panel on the top toolbar and then click on the ‘Replace styles’ icon.

Once selected, a new window opens, prompting the user to select the style they wish to replace, and then select the style to replace it with. The italicised text next to the style name will indicate where the style originated from. ‘Default styles’ indicates that the style was already found in the document, whereas if the style has just been imported it will display the name of the uploaded docx. file.

A user can add multiple styles to be replaced at once. Clicking ‘Replace’ will then replace the selected styles. 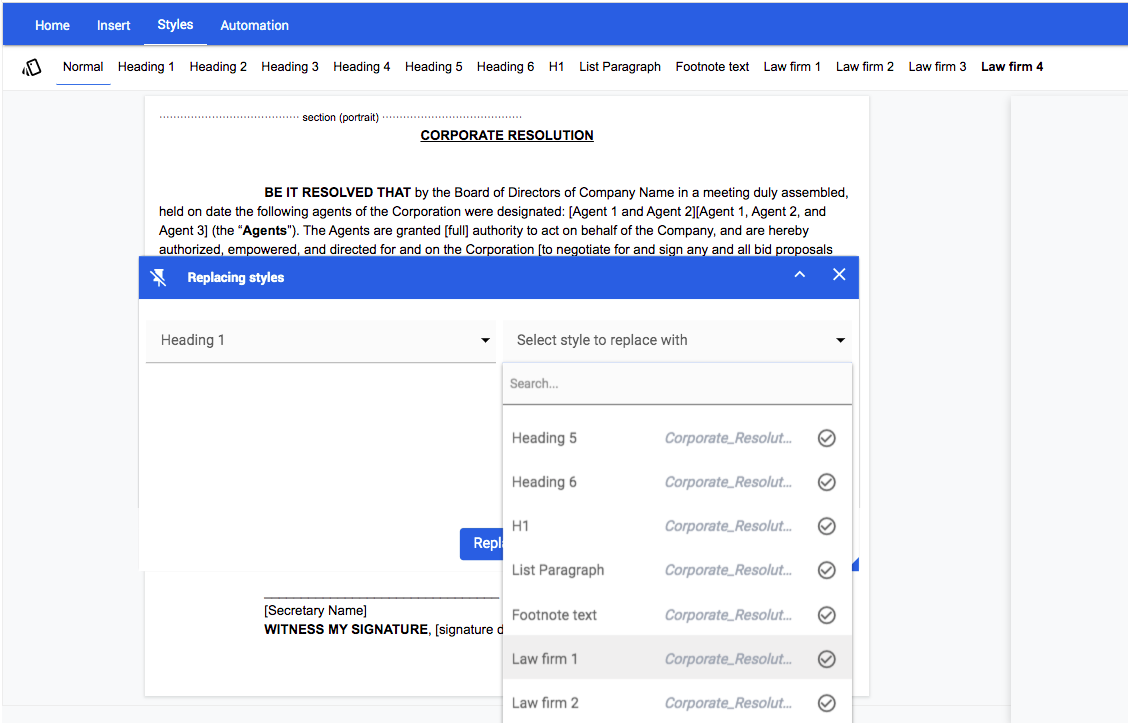 When replacing styles with those that have been imported, it is possible to override or preserve the dependencies on which the active styles use (e.g Style 2 exists only when Style 1 is present).

To override or preserve the dependencies other styles use, follow these steps; 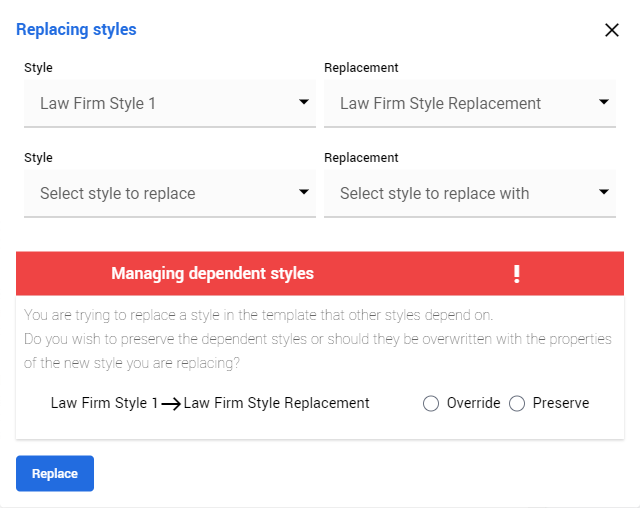